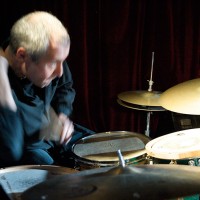 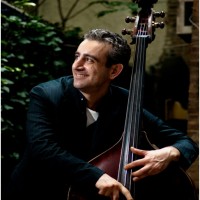 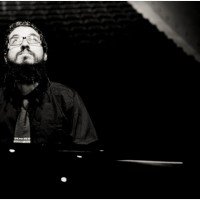 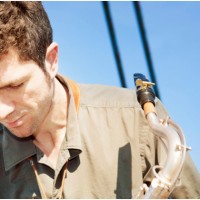 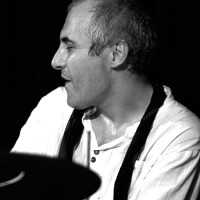 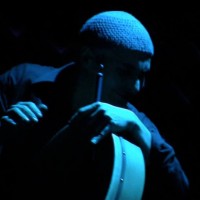 George Melikishvili (a.k.a. George Mel )
Drummer/Percussionist/Composer George Melikishvili (widely known as George Mel) is Tbilisi, Georgia born and New York City based musician whose resume both as a sideman and a leader includes world’s most prestigious venues including Carnegie Hall and performances with luminaries such as Lionel Loueke,Esperanza Spalding,Mino Cinelu, Badal Roy,Avishai Cohen,Raul Midon,Leo Genovese, Dom Salvador and countless others. Besides being the choice drummer for many, George is a prolific composer and songwriter leading few completely different creative Original projects of his own.

Apostolos Sideris
Bassist Apostolos Sideris is native of Greece and is one of the most sought-after instrumentalists on the New York Jazz scene and internationally. Protégé of the great John Pattitucci, Apostolos enjoys tremendous reputation that landed him regular performances on prestigious festivals in top venues around the world and work with artists such as Lionel Loueke, Clarence Penn and Bruce Barthjust to mention a few. Together with George Mel, besides George Mel Quartet, he is a co-founder of the cross-cultural New York composer’s collective “The Other Point ofView” getting sustained international acclaim, as well as other cutting edge creative music projects.

Leo Genovese
As of today Argentinian native and New York residing pianist Leo Genovese is frequent on most prestigious concert venues & Jazz Festivals worldwide as an integral part of the Grammy winning Esperanza Spalding’s groups, as well as Jack Dejohnette’s Spring Quartet. His recent tour with legends such as Wayne Shorter, Herbie Hancock and Joe Lovano firmly established his reputation as a new major voice in Jazz and contemporary creative music. Prolific composer of his own right, he leads his own groups in concert venues and major clubs of New York and internationally.