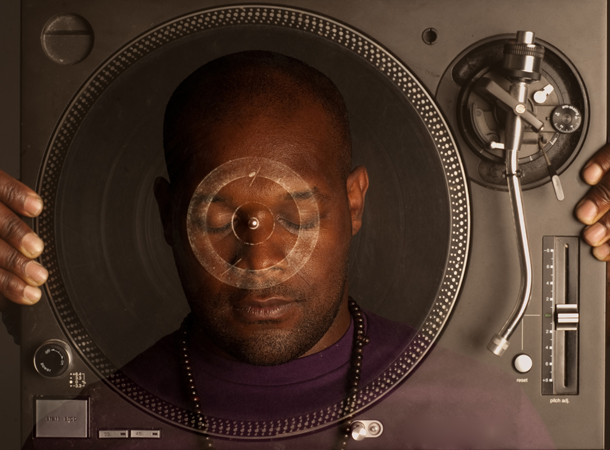 Turntable maestro DJ Logic (real name Jason Kibler) is widely credited for helping to bring jazz into hip-hop’s sphere of influence. Hailing from the Bronx, he kicked off his adventures on the decks in the 1980s by playing at local community events. The next decade, however, saw him growing rapidly in stature as a pro musician. First he joined the group Eye & I, performing with such bands as Living Color and Body Count. He then hooked up with talented jazz trio MMW (keyboardist John Medeski, drummer Billy Martin, and bassist Chris Wood), touring heavily and working on the celebrated Combustication record. He released his debut album, the aptly titled Project Logic, to wide critical acclaim in 1999. Two years later, he was again collecting plaudits en masse after putting out the cutting-edge Anomaly album. Logic surfaced alongside guitarist Vernon Reid in 2002 for Front End Lifter, a fun, adventurous album the two recorded as Yohimbe Brothers and then toured behind late in the year.