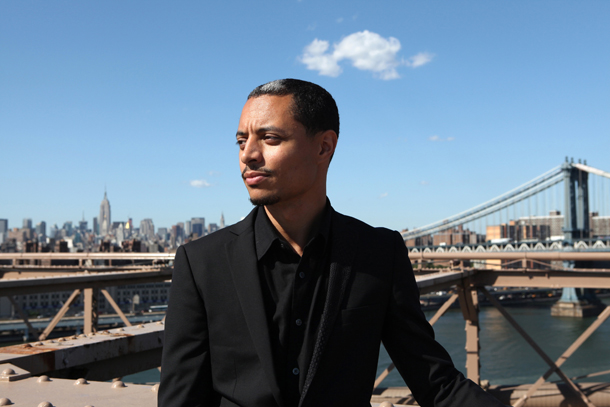 BIO: Born and raised in Minneapolis, José James came of age with the sounds of Prince, hip-hop and Modern jazz. Discovering an early passion for both music and creative writing, José combined these through performance – singing jazz standards, originals, and the works of John Coltrane with his quartet throughout the Twin Cites. Becoming a member of the groundbreaking avant-garde performance poetry and jazz ensemble Ancestor Energy, José was determined to devote his life to music, community, and spiritual unity. Moving to New York City to attend The New School for Jazz and Contemporary Music, he was mentored by and recorded with both the legendary drummer Chico Hamilton and the pianist Junior Mance. There he also met his first ensemble that would form the studio and international touring band for his 2008 debut album “The Dreamer” (Jan 2008, Brownswood). A chance meeting in London with international tastemaker and DJ Gilles Peterson led to a record deal on Peterson’s Brownswood Recordings label. Drawing upon diverse influences such as Freestyle Fellowship and Rahsaan Roland Kirk, “The Dreamer” was an international critical success, with José performing at venues such as the North Sea Jazz Festival, Billboard Live Tokyo, The Hermitage Museum, and Central Park Summerstage. “The Dreamer” was voted #21 Critic’s Pick of JazzTimes Top 50 Jazz Albums of 2008.