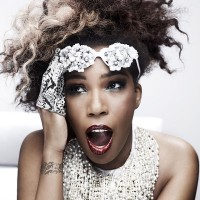 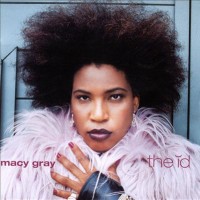 Singer-songwriter Macy Gray is widely known for her 1999 hit single, “I Try.” She is also an actress and philanthropist.
Macy Gray was born and raised in Ohio, and moved to California for college. She began singing in her 20s and released her first album, On How Life Is, in 1999, winning a Grammy for her single, “I Try.” Later albums have been less successful. In addition to singing, Gray launched an acting career, and appeared in the 2012 movie The Paperboy alongside Matthew McConaughey, Zac Efron and Nicole Kidman.

Gray released her debut album, On How Life Is, in 1999 to great success. In 2001 she won a Grammy for the Best Female Pop Vocal Performance for her second single, “I Try,” which was also nominated for Song of the Year. Her second and third studio albums, The Id and The Trouble with Being Myself, didn’t perform well in the United States but fared better in Great Britain. She then released a greatest hits album, Very Best of Macy Gray, in 2004, and a live album in 2005. Justin Timberlake, Fergie and Natalie Cole all collaborated with Gray on her sixth album, Big, which was heralded as a comeback album, receiving much critical praise.

In 2007 Gray tried to rebrand herself as Nemesis Jaxson and released the single “Slap a Bitch.” The effort didn’t take, however, and quietly faded away.

In March of 2012 she released Covered, on which she covers songs by bands like the Eurythmics, Radiohead and Arcade Fire. She then released an reinterpretation of Stevie Wonder’s 1972 album, Talking Book, in October 2012.
Gray enjoys acting, and has had small acting roles on several TV shows and in movies, including Training Day with Denzel Washington, and Shadowboxer with Cuba Gooding Junior. She has also made cameo appearances as herself in films like Spider-Man (2002) and television shows like Ally McBeal. In 2012, she appeared in the film The Paperboy with Matthew McConaughey, Zac Efron, John Cusack and Nicole Kidman. The film was released at the Cannes Film Festival.
Gray was a contestant on the ninth season of Dancing with the Stars (2009), but was eliminated in the first round.